For class, I did a project called what’s the matter in our world. The goal was to choose a sort of world problem and I chose plastic pollution. I made a podcast with my awesome sister about my topic. I will put the links below: (the first link for part one does not work)

What surprised me most about this is that the plastic also harms human health.

This was a super fun project and I really enjoyed it. It was so much fun to record with my sister! in the future, I hope that plastic pollution stops. But until then, everyone can help by recycling!

For class, we were reading the book Wonder about a kid with a facial  problems named August. For homework we were told to do some things related to the book. I made a school on a fun game I play.  I made a few dorms, a chem lab, a small school farm, and more! The book is about inclusion so I made the world public so others could see what I created! Here are some photos: 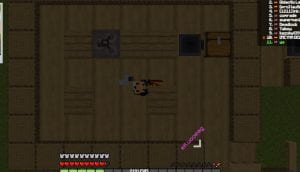 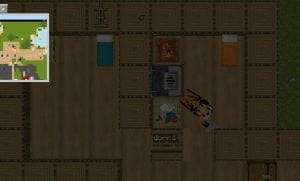 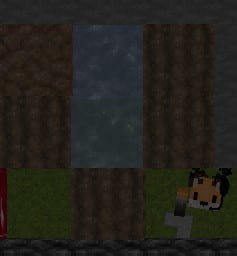 In social studies we are learning about indigenous peoples. In class we did a project where we made a type of indigenouse house. I chose a longhouse! Here  is my project: 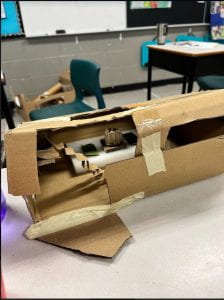 We also learned about the three sisters. The three sisters are a group of vegetables. Corn, beans, and squash. The corn stalks supported the bean vines, while the low lying squash kept the ground moist and stopped weeds from growing.

My sister is a robot. I can tell. Why else would she need all those robot parts?

Sometimes I hear her say:oh! I need to charge! Also she always wins computer games. I always lose. IT’S NOT FAIR! Whenever I try to spy on my sister I trip or pull something by accident, which sets off an alarm. It always ends in me getting punished. I try explaining this to my mom and dad but they won’t listen. So I decided to make a plan. A flawless plan that will expose my sister as her true robot self!

Everything is in place. I am feeling great and ready to go! I am so excited to show my parents that I was right all along! My sister doesn’t suspect a thing. Oh! I check my watch, it’s go time!

First, I carefully sneak over to my sister’s room. Now I stand in the doorway with a big grin on my face. Suddenly I hear a noise! Bring bring bring! My sister turns around and stares me straight in the eyes. Uh oh. I didn’t plan for this! I dash toward the bathroom and my sister follows me. But then right there in the bathroom sink is the bucket of water I filled last night! I speed up and grab the bucket. Splash! Yes! I say  a bit too loudly. My sister is really soaking and mad.then she takes off her wet sweatshirt. My eyes widened. Mom dad I called out desperately. She’s a robot! She’s a robot! Soon I heard the sound of feet coming up the stairs. Mom dad look! I called out when they were  fully up the stairs. Honey,those are your sister’s new robot pj’s my mom said. My sister grunted and went back to her room.

Later I went into my sister’s room. This time I didn’t activate any alarms. Sorry, I say in a really quiet voice. My sister turns and hugs me, sorry she says to. I think i deserved to get a sorry i say out loud. My sister gives me that sister look that no one in the world can stand. Fine i say.

I still think she’s a robot. But I will make an exception only this once.

In class, we have started a new unit in class. rocks and minerals!

To start, we watched a short video about geologists. then, we did a cookie experiment!

Our task was to use 2 toothpicks to excavate the chocolate chips out of two chocolate chip cookies. the cookies were different though. one was hard and the other was soft. we also had a sheet where we wrote our predictions.

I predicted that I would find ten chips on the top of the soft cookie and four on the bottom.

In the end, my conclusion I found nine chips on the top and four on the bottom. I was off by one chocolate chip! Just one!

what is a geologist?

A geologist studies rocks, fossils and stuff underwater! Click the link below to learn more.

For Innovation Day my class and I are doing a project with pulleys. Miss.M gave us three options:

I chose an elevator with a  compound pulley. This means a pulley that can hold heavy stuff.

My Hypothesis was it would work great because my pulley system would be sturdy. 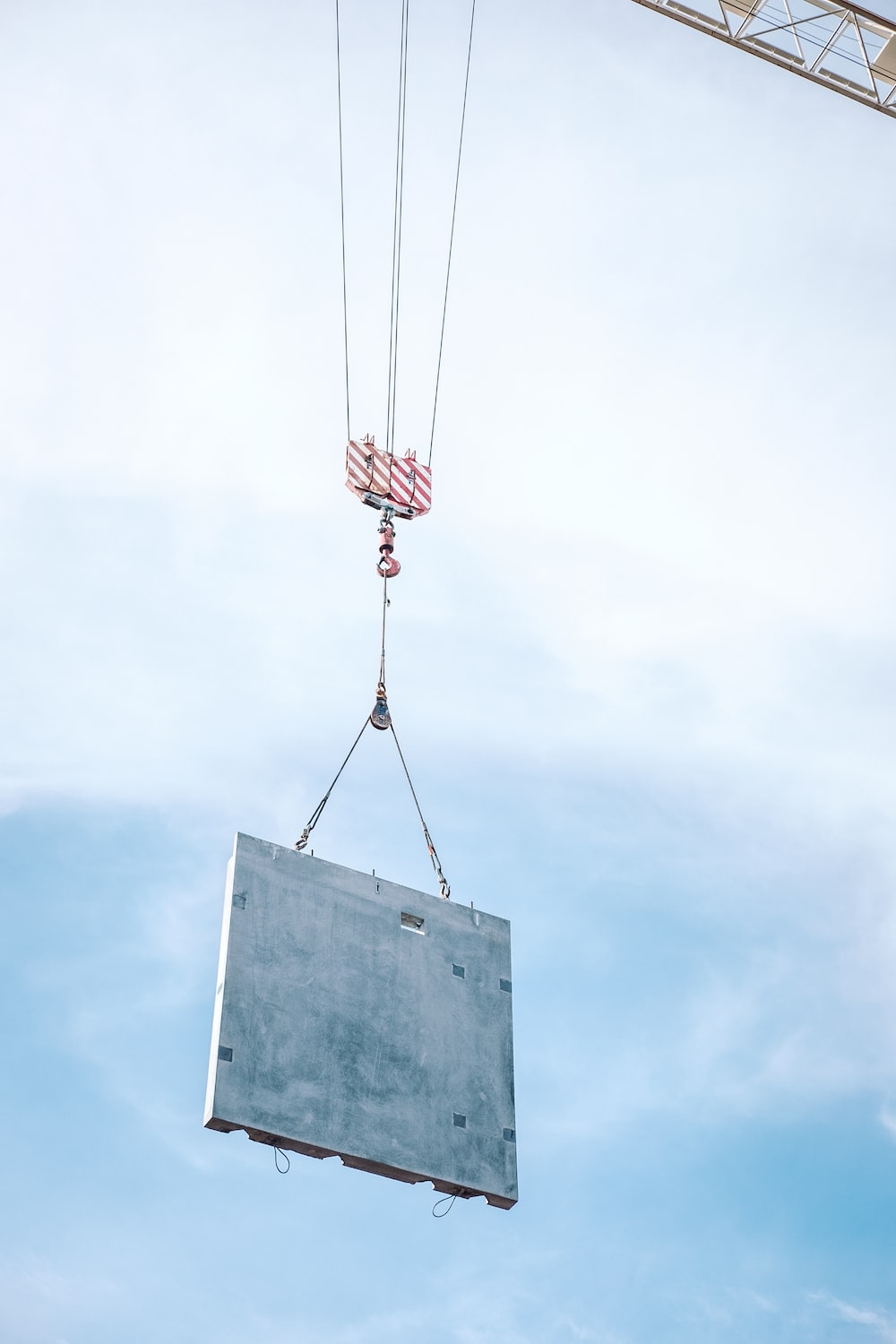 My conclusion was that my Hypothesis was correct.

I did need to add some improvements because at first a dried line of hot glue was blocking my elevators track so I moved my elevator and it ran more smoothly.

Helpful tips for caring for a cat

Before you get a cat you have to make sure that when your cat comes to live with you it will have what it needs. To do this, you will need to catify your house. Start with the basics, a food dish, a water dish, a cat tree and a scratching post. After you have got and placed those items,

You can go ahead and add some extra stuff to make your cat’s new home shine!

Picking the right cat is not as easy as it seems.first you should pick the breed of cat you want.your cat should be one that you think best suits yourself. The best place to get a cat is the animal shelter. Most of the cats there had a hard life and are waiting for a new home in a better place.

3) Getting to know your cat

When you first bring your new cat home, he or she will probably be a bit scared. After a couple of days, your new cat will get more familiar with their surroundings. You can keep a journal all about your cat. In your journal you should write about what foods your cat likes and doesn’t like, what your cat’s favorite hiding place is, and some other stuff about your cat. After you are finished writing in the journal you will know a lot more about your cat!

Enough exercise, in combination with a complete and balanced diet, is a vital part of their ongoing health and happiness. As well as enjoying the physical benefits of activity, your cat will also be more mentally stimulated.

Food is very important for a cat. You need to make sure that  your cat has a balanced diet.

For example, you can make a schedule to tell you what foods you should feed your cat each day.

THAT’S THE END FOR NOW!

HOPE YOU ENJOYED IT! IF YOU WANT ME TO RIGHT SOME MORE

The chapter starts off with Peter explaining how he got his tiny green turtle named dribble. peter won dribble at  jimmy fargo’s birthday party by guessing how many jelly beans there where in the jar. peter guessed three hundred and forty eight. in the end his guess was the closest. all the other boys at the party go a pet goldfish and peter got kind of jealouse but then jimmy presented him with the tiny green turtle who he named dribble.

One day, Peter’s dad comes home looking very exited and he tells peter and fudge (fudge is peters younger brother.) that mr. and mrs. yarby where coming to new york. mr. yarby is the president of the juicy-o company. he lives in chicago.peter wondered if he would bring another crate of juicy-o for his father. peter said if he did then he would probably be drinking juicy-o for the rest of his life.just thinking about it made peter’s stomach hurt. peter’s father invited the yarbys to stay with them. peters mother wanted to know why they couldent go to a hotel like most people. but peter’s father said they dident want to stay at a hotel.

peter starts of by saying that nobody ever came out and said that fudge was the reason that peters father lost his joicy-o acount. but peter said that he thout about  it alot tho. peters father was kindoff happy that the yarbys where gone. meanwhile,peters mom was having trouble feeding fudge,so peters mom asked peter to help. at first peter said no, but peters mom pleaded with him. he still said no. when peters mom tryed feeding fudge again, he had a big tempur tantrum, makinga big mess and dumping evrything on the floor. it was almost impossible to get fudge to eat anything!

chapter .4 my brother the bird

peter lives by a park called central park. on nice days he likes to play there after shcool. one day he called his fraind jimmy fargo to come play. the two boys have a special place where they play. they play on the rocks. but that day, they found sheila sitting on there favorite rock reading. peter got made at sheila but peters mom said that it was ok. then sheila asks peters mom if she can baby-sit fudge. peters mom agreed. after peters mom left sheila took fudge to the playground. there, he pretended to be a bird, but he fell and got badly hurt. when peters mom came back she blamed peter. peter was hurt by that but later he talked with his mother and they worked it out.

so far we have been introuduced to Fudge Peter’s younger brother. Peter the main charector. the Yarbys the heads of the juicy-o company, Dribble Peter’s tiny green Turtle,  Peter’s Mom and Dad, and sheila the anoying girl from shcool.

I like this story so far beacuse its intresting, funny, and very sweet.(well, somtimes.)

What i think will happen next

i think we will get to know sheila a lot better.

I think this book is for 8 year olds and up since some of the words in the book are hard to understand.

Hello, I want to tell you a bit about the Mayan’s science and Technology. The Mayan civilization used and created many pieces of technology including the calendar, chocolate, rubber, medicine, and math.

The first one I will share with you is the calendar. Back in the Mayan times they had more than one type of calendar. They had three calendars! On their calendars, there were some hieroglyphics that represented the date and the month.

This is different to today because we don’t have three different calendars.

Mayan advancements in technology tell us that they were very smart and independent.

We are able to learn about Mayan technology because we now have the internet.  The internet gets all this information from archaeologists.

Beneath this, there is a picture of a Mayan chocolate mug. 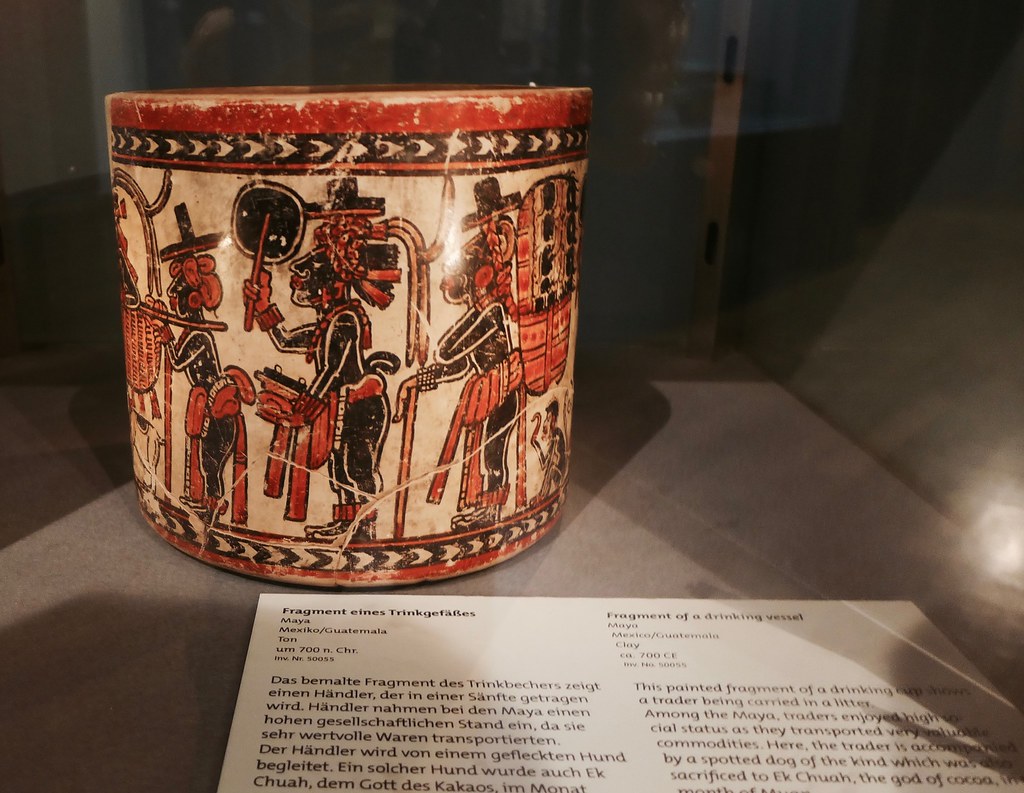